Towards a Sustainable Future

From Cell to Society, perceptions of form influence our relationship to Reality

My name is Fletcher Quince, curator at the Quoynary Canada and Manager of Long Buckby.

As an architectural enthusiast and patron of the arts the establishment of an Art Gallery at Long Buckby was a high priority 11 years ago when I moved to Rossland. In doing so I have been blessed with access to places throughout the Kootenays that few art lovers are lucky enough to experience, and processes that are rarely seen. As a representative of artists, I continue to be afforded the opportunity to engage with amazing people from around the world who share their own perspectives and experiences, such that I am thrilled life continues to afford me the opportunity to bring people together in a world class setting to celebrate the creative spirit.

Prior to moving to Rossland in 2009, I completed an undergraduate degree in cognitive neuroscience at the University of Alberta examining seasonal variations in the behavioural processes of Black Capped Chickadees and a Master's degree from the Forest Fire Management Systems Laboratory at the University of Toronto focusing on performance measures in Forest Fire Management Organizations.

For my twenty-second birthday my grandfather gave me his copy of Kipling's IF as a gift of mentorship in accepting the challenges of a life yet to come. At 39, and with a long way to go, I am glad he did. 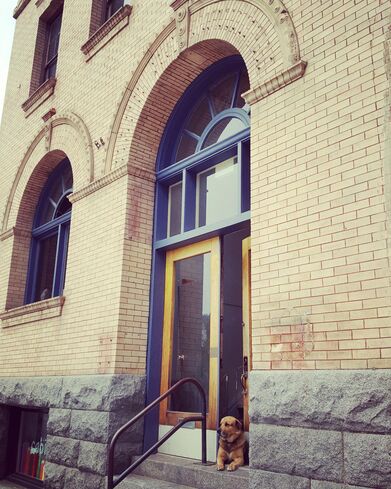 Hi, I'm Solo, 9 years young and always on the lookout for my human, Fletcher.

Born to a Bull Mastiff-Rottweiler mother and a Husky-Malamute father at the infamous Rams Head Inn I'm proud to be a multi-generational Rossland hound.

The first forms of art that attracted me were the works of the surrealist painters, and this piece by renowned artist Salvidor Dali remains one of my favourites.

Painted following the dropping of the atom bombs at the end of World War II it stems from Dali's philosophy of nuclear mysticism and depicts the transcendent nature of god through the placing of Christ upon a tetrasect; a union reflecting Dalí's opinion that the seemingly separate and incompatible concepts of science and religion can in fact coexist in a higher dimension. 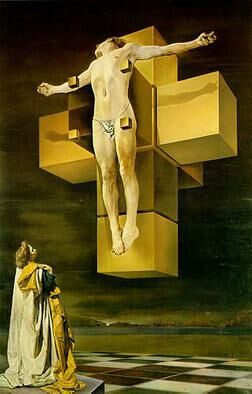